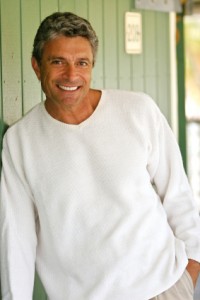 Older Gay Men Are Sexy Too – Here’s Why

Growing old is something most people will have to experience. It is a natural way of a life but it doesn’t mean we have to grow old gracefully or alone. As a gay man in my early sixties, I find that I still have many younger admirers. I have been approached by men as young as twenty-five—which surprised me a little—and I have also been approached by gay men around the same age as me.

Older men are very attractive to younger women and the same can apply to older gay men, who experience attraction from younger gay men. Whether this is a ‘daddy’ syndrome or a genuine attraction is down to each individual relationship, but there is definitely something that older gay men have that makes them attractive. It could be experience, charm, charisma, personality or a good sense of humor. It could also be a combination of all of the above. Whatever the magic combination is, it certainly draws younger gay men to older ones.

When I hit my thirties I was working a good job, bringing in money and had my own home. I had a few partners—one being long term—but I was attracted to men who were slightly older than I was. I knew there was something magnetic about them for me but I didn’t know quite what. Partially it was their experience. Not just sexual experience, but life experience. They had been around a while, learned things, seen things and done things. I looked up to those kinds of men because of their wisdom and life skills. I think that is what younger men see in me now. My hair is not quite gray yet, but it does have some salt and pepper. I have been told I look ‘distinguished’, which is always good to hear and I consider myself quite fit. I do jog once in a while and I hit the gym a couple of times a week to keep trim.

I have some friends who are older gay guys too and they seem to be magnets for younger men. Young gay men seem to know where to find personals and dating sites and in their hunt for a more mature gay man they know exactly what they are looking for. They mostly want someone who is wise, kind and experienced—at least that is my experience—and they want someone to show them the ways of sexual experience.

What makes an older gay man sexy is something that I personally can’t answer from my own point of view. I can just tell you how I felt about older gay men when I was younger. I looked to them for guidance as well as solid trustworthy relationships. I knew they wouldn’t let me down and I knew that they would support my interests and hobbies. I also learned many personal things from older gay men, which I will leave to your imagination!